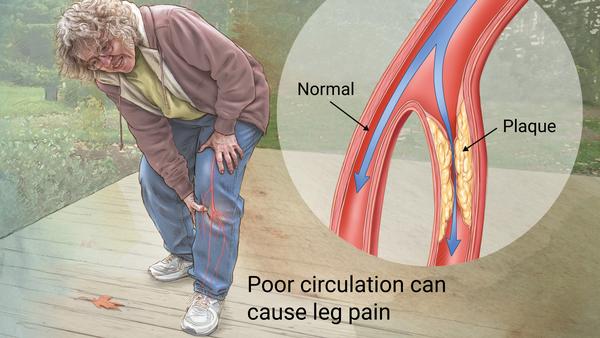 My own journey in walking has been a real challenge for me since being diagnosed with PAD (peripheral arterial disease)  ~ also called peripheral vascular disease ~ after dealing with high blood pressure some years ago.   It is a  narrowing of the arteries in the “periphery” of the body. This term is used almost exclusively to refer to such narrowing in the legs, but this condition can also occur in the arms, stomach, and head. PAD is similar to coronary artery disease, in that in both cases atherosclerosis (hardening of the arteries) is usually the underlying cause. In atherosclerosis, deposits of fats, cholesterol, and other substances collectively known as “plaque” build up in the arteries narrowing them and eventually blocking the flow of blood. In the coronary arteries, this can lead to a heart attack. Individuals with PAD have a much higher than normal risk for heart attack and/or stroke. Recent studies have shown that children with one or both parents who have had heart disease before age 60 were more likely to have atherosclerosis themselves.  My father died from his third heart attack (two were in his forties) at the age of 53.

In checking out natural remedies for this, Dr. Weil recommends walking.  Because I experience pain when I walk, this is not inviting; however, it does help the blood circulate and I find if I walk and rest in between my steps, I can manage it.  Because hydration is so important with exercise I have found a product that hydrates better than water alone and is an electrolyte blend that includes natural electrolytes from coconut water without the extra sugar, calories, and artificial ingredients typically found in leading rehydration beverages.  Another subject Dr. Weil discussed was cholesterol levels.  I have chosen to use something that helps reduce your LDL (“bad”) cholesterol using naturally occurring plant sterols and stanols that compete with dietary cholesterol for absorption.  Plant sterols and stanols have been clinically proven by more than 80 studies to lower LDL cholesterol.   So each day I try to take a few more steps, hydrate often, and try to control my cholesterol levels.  I prefer using the plant sterols rather than the statins that are so often prescribed but often come with side effects such as muscle aches.   Fiber is another important subject when dealing with high cholesterol.  It is not always easy to consume 25-35 grams of fiber each day (which is recommended).  Putting into my food such as oatmeal a blend of natural plant fibers helps me with this.

According to the Centers for Disease Control and Prevention (CDC), one of the three leading causes of preventable death is physical inactivity because of the associated chronic conditions it leads to such as diabetes, obesity, and asthma.  The other causes are tobacco use and nutrition.

There was actually a collaborative study involving 14 researchers from the United States, Australia, Canada, France, and Sweden, according to Harley Pasternak, MSc, author of The Body Reset Diet.  It established preliminary guidelines for how many steps per day people should take for weight control, and the number they’ve hit upon is 10,000!  So how does one walk that many steps in a day?  I wish I could do this myself but work at getting as many steps as posible but for those of you who can, here are some suggestions:

Harley suggests walking around the block,  parking your car in distant parking lots to force yourself to walk, taking stairs instead of escalators, skipping those moving walkways (oh no!) at the airports, AND walking up and down every single aisle of the grocery store every time you go shopping.   I shop for our family each week and do walk at least a mile doing this.  Wearing a pedometer helps you to keep track as you go through your day.

Growing up my family did not “do” exercise.  We never went on walks, mountain climbed, or rode bikes (we lived on a steep hill and I was fearful to try).  The only exercise I ever did as a child saved me.  My father put a pool in our backyard.  I took my little plump self every day and “played” in that pool, not knowing I was exercising!  When my sister and I returned to school that falls, no one recognized us!  I should have known then what a valuable asset exercise was!

Those lack of steps mentioned above by the average American goes along with the statistics of the surgeon general of the United States who tells us that 60% of adults do not engage in the recommended amount of exercise and another 25% engage in NO physical exercise at all.  In fact, these statistics confirm that more people die from leading a sedentary lifestyle than from smoking cigarettes.  He also quoted a statistic that is quite staggering ~ approximately 130 million Americans (over 1/3 of the population) suffer from illnesses that could be prevented, at least in part, by regular exercise.  So to put that in perspective ~ taking those 10,000 steps perhaps even 4 times a week, one might avoid heart disease, diabetes, breast and colon cancer, hip fractures, and arthritis.

Jamie McManus, M.D. in her book, Personal Guide to Wellness, states that exercise specifically helps the body with weight loss by helping to achieve increased muscle mass and loss of body fat.  She goes on to explain that for every one kilogram (about 2.2 pounds) of muscle built, an extra 110 calories per day is needed to maintain it. This means that the more muscle, the more you eat and not gain weight.  Maintaining your muscle is crucial to losing body fat. Without exercise, you’ll tend to lose muscle, which reduces your body’s ability to burn fat and maintain a healthy weight.  Remember the quote, “use it or lose it?”

Jamie also reminds us that exercise is the body’s natural Prozac and Valium, as it positively affects a number of hormones in the body that are related to fat storage such as insulin, adrenaline, and cortisol.  (That is surely a better alternative than those outrageously priced, and often with side effects, pharmaceutical drugs).   Those endorphins, small morphine-like chemicals, are secreted in the brain when you do those steps and research tells us that endorphins help to create that feeling of well-being and alleviates stress.

New Gallup findings, based on phone interviews with 84,463 adults between Jan. 1 and June 20 reveal that the percentage of obese Americans is higher than it was in 2008 when 25.5 percent of Americans were considered obese.   A person with a BMI of 30 or above is considered obese.  Right now, the rate in the United States is 27.1 percent; last year, it was 26.2 percent.

These findings come on the heels of the American Medical Association’s decision to recognize obesity as a disease.

We all know that the choices we make every day play a critical role in shaping our future health ~ it really is true “we are what we eat.”   And now we can include exercise on that “to do” list every day.

What about you?  How many steps are you taking each day?  Hopefully, you are not facing the same challenges I am dealing with!  I would love to hear your own journey on this subject. 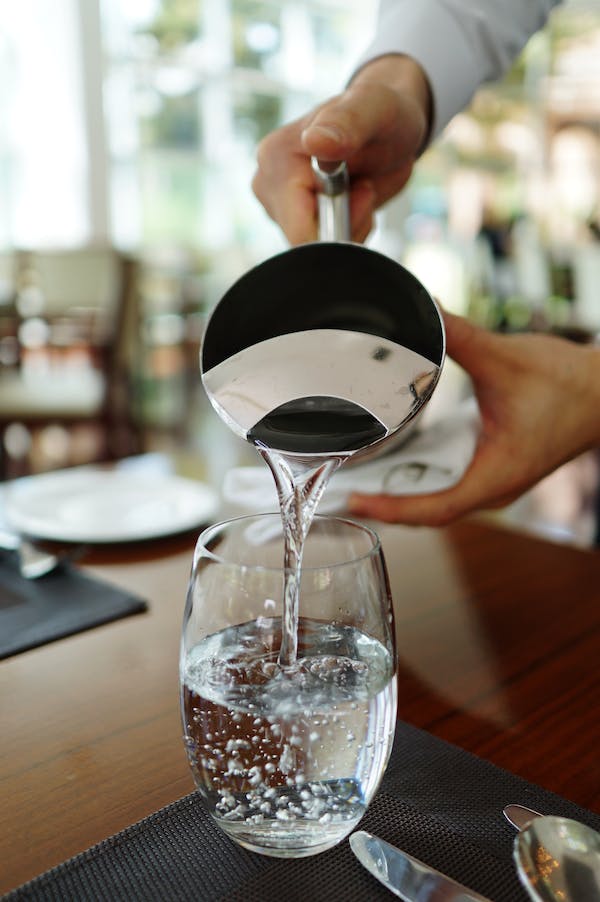 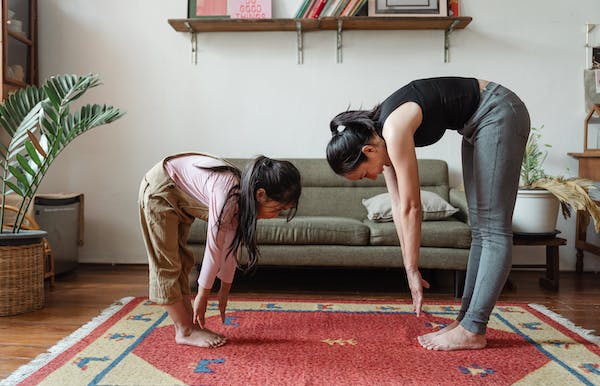 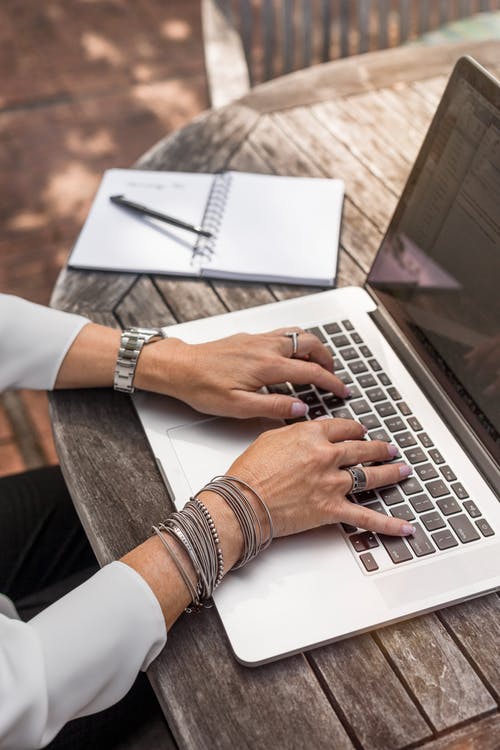